Joined Jun 4, 2019
·
69 Posts
Motor1 compared the Ranger with the Tacoma, Colorado, and Gladiator to see which could handle the best off-road. Unfortunately for the Ranger they ranked it third, ahead of the Tacoma. While the Colorado finished second and the Gladiator finished first. 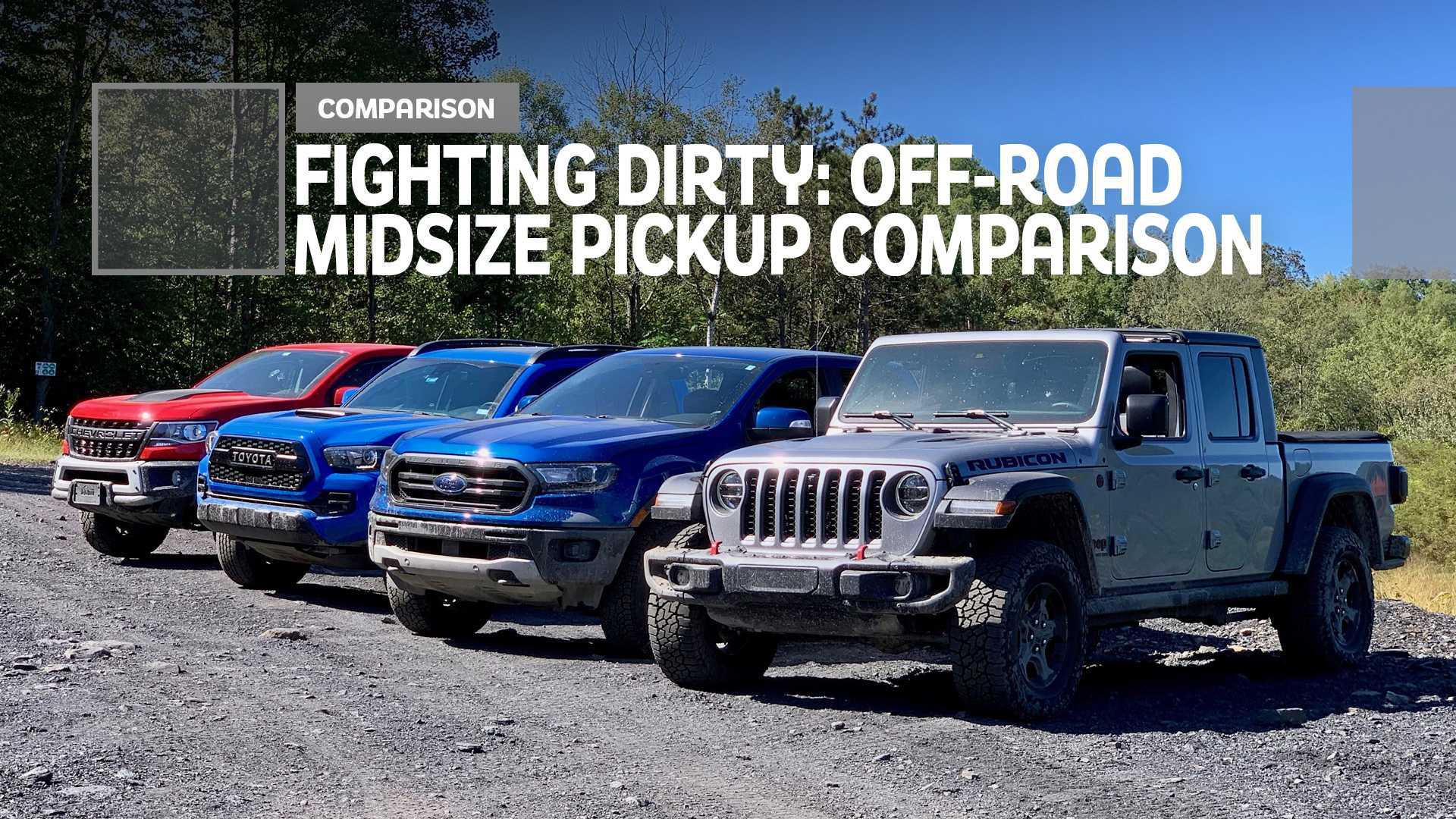 Automakers are diving back into off-road trucks in a big way, introducing off-road variants to attract enthusiasts. We look at what's best.

This is what they wrote for the Ranger:

Ideally Ford would offer us Yanks a Ranger Raptor, which it sells in other countries (Ford Performance announced the day after our shootout that it will offer an dealer-installed $1,495 “leveling kit” that includes a two-inch front suspension lift and Fox shocks, which would help boost our FX4 tester closer to Raptor specification).

That said, the FX4 package is solid. But when competing against the likes of the Jeep and AEV-equipped Colorado, “solid” is only good for third place. The Ranger does have an electronically selectable terrain management system that optimizes the powertrain settings for the conditions, an electronically shifted transfer case (both the Jeep and Toyota have manual transfer case shifters), Dana AdvanTEK axles front and rear, and unbranded off-road monotube shock absorbers.There’s 8.9 inches of ground clearance, like the ZR2 Bison, so it’s good that the FX4 package also includes steel bumpers, a heavy-gauge steel front bash plate, and underbody skid plates.

The Ranger is the only four-cylinder-powered truck in the test, with a turbocharged 2.3-liter EcoBoost engine that makes 270 hp and 310 lb-ft, but boasts better EPA fuel economy ratings (20 mpg city, 24 mpg highway) than its V6 competitors. A 10-speed automatic is the only available gearbox, although it’s so poor off-road it very nearly dropped the Ranger to last place.

The truck’s 10-speed automatic transmission clunks harshly into gear when shifting into “D,” and executes upshifts and downshifts with a universal joint-straining slam every time. It’s unsettling to experience and definitely saps any confidence that this truck might not strand us in the deepest, darkest forest with some broken driveline component.

Also, its vulnerable rear shock absorber mounts strike rocks that the truck otherwise clears easily. Unlike the similar mounts on the Chevy, the Ford has no shielding around its mounts, giving further concern that the Ranger is vulnerable to trail damage.

The Ranger's pillar-mounted seat belt height adjusters sits uncomfortably close to the driver’s head. When rocking side-to-side while traversing obstacles, it’s easy for the driver to whack their head against the adjuster or the pillar. We had no such problems with any of the other trucks.

As the least-serious off-road effort here, it’s no surprise the Ranger also has the lowest price, with an as-tested price of $44,960. That leaves room to have your dealer install Ford Performance’s available “leveling kit” while still undercutting the price of the second-cheapest truck in this test: the Tacoma.
Click to expand...